The Patents Act 1990 (Cth) and regulations provide patentees with certain “grace periods” before the priority date.  During these grace periods, the patentee may make certain disclosures to the public about the invention, without invalidating the patent for lack of novelty or obviousness. One of these provisions allows a grace period for the working in public of the invention within 12 months before the priority date of the patent application, in circumstances where (i) the working in public is for the purposes of reasonable trial, and (ii) it is reasonably necessary for the invention to be worked in public because of its nature. In this decision, the Full Court adopted a narrower interpretation for the words “reasonable trial” and “reasonably necessary”

Quaker had filed a provisional patent application in September 2011 followed by an International Patent Application in February 2012. Quaker obtained a standard patent based on the PCT Application and also obtained an Innovation Patent both of which claimed an earliest priority date of 2nd September 2011. Importantly, some of the disclosures had occurred in September, October and November 2010 within 12 months from the earliest priority date.

The subject matter in the Quaker patents related to new methods for detecting high pressure fluid injection injuries particularly when fine jets of high-pressure hydraulic fluid escaped from machinery at velocities high enough to pierce skin. The first and second disclosures made in September 2010 and October 2010 were found to be the most relevant. Here the inventor disclosed the use of Oil-Glo in hydraulic fluids to facilitate detection of HPFI using a UV/blue light to the manager of mechanical engineering at the Metropolitan mine, and demonstrated detecting HPFI with fluorescent dye using a simulator in the car park at the Metropolitan mine.

Quaker asserted contributory infringement by Fuchs for supplying or offering to supply its high-pressure fluid products with a fluorescing dye additive, where the dye was not acquired from Quaker.

In the earlier decision, the trial Judge had held that the earlier disclosures by Quaker made before the priority date all fell within the grace period provision allowing for reasonable trials in public. The disclosures involved oral disclosure and demonstration to staff from the Metropolitan mine and it had been argued that these disclosures were considered necessary in order to get approval to conduct trials (“reasonable trials”) using mining machinery at the mine.

In the Appeal, Fuchs argued that the Patent Regulations are quite precise in specifying the prescribed circumstances in which the grace periods apply, and that the trial Judge had erred by finding that preparatory steps fell within the reasonable trial grace period provisions.

(1)  For the purpose of deciding whether an invention is novel or involves an inventive step or an innovative step, the person making the decision must disregard:

but only if a patent application for the invention is made within the prescribed period.

(d)    the working in public of the invention within the period of 12 months before the priority date of a claim for the invention:

(i)    for the purposes of reasonable trial; and

(ii)    if, because of the nature of the invention, it is reasonably necessary for the working to be in public.

In the Full Court decision, it was confirmed the focus of the grace period provisions is on how the information is made publicly available, the information to be disregarded is that made publicly available ‘(through the working in public of the invention)’. The question to be answered was whether the information disclosed was ‘relating to’, ‘for the purposes of’ or ‘as a necessary precursor’ of the working of the invention in public for the purposes of reasonable trial. The reasonable trial grace period was therefore not found to extend beyond ‘the working in public of the invention’. It was found that the disclosures were not sufficiently related to the actual trial at the Metropolitan mine, occurring over six months later, to be considered to be a ‘part’ of such working. It was also found that it was not ‘reasonably necessary’ for these disclosures to take place in public.  Importantly, it was pointed out that there was ‘no good reason why they could not have been kept confidential’.

Significance of the decision in light of the Amended Patents Act

We believe that the Full Court decision will have relevance when the reasonable trial grace period provisions under Reg 2.2B(2) of the new Regulations are considered in any future decisions.

Circumstance—working of invention for reasonable trial

(2)  The circumstance is that:

(a)  the information has been made publicly available because the invention was worked in public; and

(c)  because of the nature of the invention, it was reasonably necessary for the working to be in public.

Public disclosures made in relation to the working of an invention in public are not likely be protected from destroying the invention’s novelty under this Regulation under these provisions. Moreover, where disclosures are made because an invention was worked in public, it remains essential that ‘it was reasonably necessary for the working to be in public’ because of the nature of the invention. This decision confirms that disclosures that could easily have been subject to confidentiality constraints are unlikely to be protected by the reasonable trials grace period.

Many readers would be aware that the Australian Patents Act provides other reasonably generous “grace period” provisions whereby any public disclosures by the patentee within a twelve month period provided a complete patent application is filed within the twelve month period are disregarded for the purposes of assessing novelty and inventive step. Under these provisions, the onerous requirements of proving that the disclosure was for the purposes of a “reasonable trial” and was “reasonably necessary” do not need to be met.

In light of this decision, a key takeaway is that the reasonable trial grace period is a narrow exception to prevent reasonable trials, which must take place in public, from invalidating a subsequently filed patent. Therefore, if the circumstances surrounding these disclosures are somewhat unclear, it would be much safer to file a complete application on first instance (and not file a provisional application as Quaker did) to avail the more generous “grace period” provisions that are available under Australian law and prevent invalidation of the patent. 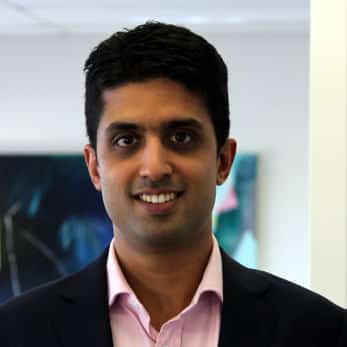