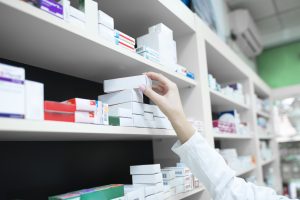 The Australian Patent Office has recently re-affirmed in Ono Pharmaceutical Co., Ltd. et al [2020] APO 43 that a request for a pharmaceutical patent term extension (PTE) must be based on the earliest first regulatory approval of a product falling within the scope of the claims, irrespective of whether that product is owned by the patentee or a third-party. As this consideration varies from that of other jurisdictions, it is crucial for pharmaceutical patentees in Australia to be aware of the practical implications of this decision.

2. The pharmaceutical substance must be included on the Australian Register of Therapeutic Goods (ARTG) before the 20-year patent term expiry.

3. The period between the effective filing date of the patent and the first regulatory approval date of the pharmaceutical substance must be at least 5 years.

Immune checkpoint inhibitors, such as PD-1 inhibitors, inhibit a cancer cell’s ability to evade the immune system. Australian Patent No. 2011203119 (Patent), in the name of Ono Pharmaceutical Co., Ltd. and E. R. Squibb & Sons, L.L.C. (Patentee), covers monoclonal antibodies that bind to PD-1 and discloses a method of inhibiting tumor growth in vivo using anti-PD-1 antibodies. Cancer immunotherapy drugs such as Pembrolizumab (KEYTRUDA) and the Patentee’s own Nivolumab (OPDIVO) are considered to be a significant scientific advance in developing cancer immunotherapy regimes.

The Delegate agreed to stay consideration of the KEYTRUDA-based PTE and the extension of time requests. The Delegate issued a deficiency notice regarding the OPDIVO-based PTE request, stating that the pharmaceutical substance of KEYTRUDA per se fell within the scope of the Patent claims and that the PTE request should have been filed within the period calculated from the date of first inclusion of KEYTRUDA on the ARTG. The Patentee requested to be heard.

The Delegate disagreed with the Patentee stating that “the scheme of the Act does not limit consideration to only those substances developed by the patentee and this position is not manifestly unreasonable”. The Delegate agreed that there was some level of ambiguity in the legislation as to whether the relevant pharmaceutical substance to be considered with respect to a PTE application must belong to the patentee or to a third-party.

The Delegate further referred to the finding in G.D. Searle LLC [2008] APO 31, which had concluded that the reference to ‘earliest first regulatory approval date’ recognized that a patent might cover more than one pharmaceutical substance and a PTE request must be based on the earliest of the approval dates that apply to the patent. The Patentee challenged the correctness of this interpretation of ‘earliest first regulatory approval date’ but this was not persuasive.

It was concluded that the provisions of the PTE are to incentivize the development of ‘new’ drugs and the Patentee’s OPDIVO drug is ‘effectively the same substance’ as the third-party’s KEYTRUDA drug. In the Delegate’s opinion, allowing the OPDIVO-based PTE application would open the gates for a large number of PTE requests for ‘old drugs’, and create a situation where patentees could obtain relatively longer patent terms in comparison with the allowed statutory term for an ‘old’ drug by delaying their product inclusion on the ARTG. Therefore, the Delegate decided that the ‘earliest first regulatory approval date’ to be considered was that of the KEYTRUDA drug, which fell within the scope of the Patentee’s claims, and the Patentee’s OPDIVO-based PTE application was refused.

This decision re-affirms that a PTE for a patent claiming more than one pharmaceutical substance will be determined based on the ‘earliest first regulatory approval date’ of the substance falling within the scope of the claims, which was first registered on the ARTG, irrespective of whether the patentee owns this substance. This decision emphasizes the importance for patentees to be aware of the pharmaceutical substances, and their respective regulatory approval dates, that are within the scope of their patent claims. 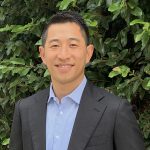