09 Mar Can Manner of Manufacture be Corrected by Amendment?

This decision supports the Commissioner’s position that amendments cannot transform the substance of the invention into a manner of manufacture where it has already been concluded that the substance of the invention is not a manner of manufacturer. In his reasoning for his decision McKerracher J explained, ‘In my view, the Amendment Applications have demonstrated that the Commissioner was right to say that if my findings in Repipe No 1 were correct, the defects were incapable of cure by amendment. That is the conclusion I have reached….’

In Repipe Pty Ltd v Commissioner of Patents [2019] FCA 1956  (Repipe No 1) the Federal Court of Australia agreed with the Commissioner of Patents and found that two innovation patents owned by Repipe claimed inventions directed toward a business method or scheme and were not a manner of manufacture and thus not patentable subject matter.

AU2017100560 and AU2017100943 were both innovation patents directed toward a method and system for sharing and completing workplace health and safety documents using computer technology.  One aspect of each invention was implemented in the field on a portable device, and another aspect was implemented at a remote location accessible from a more general computing device.  Repipe asserted that the inventions improved the timeliness and accuracy of risk information.

The Commissioner considered that what Repipe claimed in each of the patents was merely a scheme, or business method, for sharing and completing workplace health and safety documents, and the computers performed their ordinary functions (there was no invention in the way that the computers carried out the scheme or method).

McKerracher J agreed, stating, ‘The claimed inventions are as to a business method. Even if construction of the specifications alone were to produce a different characterisation, that would be to elevate form over substance. The Patents may well contain a good idea, but they are not a manner of manufacture and are not patentable subject matter.’

Repipe appealed the decision and requested leave to amend both patents.

In Repipe Pty Ltd v Commissioner of Patents  [2019] FCA 2125  (Repipe No 2) the Court considered whether Repipe should be given the opportunity to amend the Patents.  S 102(1) of the Patents Act provides:

(1) An amendment of a complete specification is not allowable if, as a result of the amendment, the specification would claim or disclose matter that extends beyond that disclosed in the following documents taken together:

(a) the complete specification as filed;

(b) other prescribed documents (if any).

Repipe argued that the scope of material in the amendments fell within the boundaries required by S102 of the Act because 1) no steps were proposed to be deleted from the claims so there was no broadening of the claims by omission, and 2) significant detail to the configuration of the server and smartphone devices was added to clarify the subject matter of the claims.

McKerracher J did not express a view as to the likelihood that any amendment could overcome the defects identified in Repipe No 1, although he did hint, ‘I am not convinced as to the correctness of [Repipe’s intentions] at this stage.  But I am mindful that the prejudice to Repipe in not being permitted the opportunity, within a short time frame, to attempt a suitable amendment would be much greater than it would be to the Commissioner. In those circumstances, I would permit the limited opportunity sought be Repipe.’

The Commissioner argued that the First Amendment Application failed to overcome the manner of manufacture objection, and therefore should not be allowed.  In Repipe No 1 it was determined that no patentable subject matter was disclosed or claimed in the specifications of the Patents, and what Repipe had attempted to do was add detail into the claims on the presumption that it was properly drawn from the body of each specification and common general knowledge.  The Commissioner argued either the detail was properly drawn and thus cannot transform the substance of the invention into a manner of manufacture given the Court’s findings in Repipe No 1, or the detail was not properly drawn in which case the amendments cannot be allowable under S102 of the Act.  A similar argument can be drawn against the Second Amendment Application.

Further, the principles concerning the finality of litigation strongly favour refusing to allow Repipe to propose further amendments to the Patents by the Second Amendment Application.  Specifically, in Repipe No 1, the Court found, in substance, that no patentable subject matter was disclosed or claimed in the specifications.  Whilst Repipe was given limited grant of leave to amend the Patents, this did not open the door to ‘address’ the Court’s decision.

The Court again agreed with the Commissioner and found that given there was no substance disclosed or claimed in the specification capable of being a manner of manufacture, no amendment could cure this deficiency, and the First Amendment Application is dismissed. Further, the principle of finality in litigation required the refusal of leave to file the Second Amendment Application.

The takeaway here seems to be that a manner of manufacture objection can only be overcome by amendment if there is substance capable of being a manner of manufacture already disclosed in the specification (and perhaps not claimed). When filing in Australia, overseas attorneys might want to take this into consideration – please contact us if you would like to discuss further. 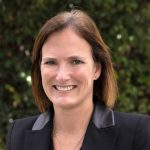