A battle over naming rights may mean Mexican food giant Taco Bell will be forced to abandon plans to expand into Australia.

The American-owned fast food chain had planned to open 100 stores throughout Australia (and New Zealand) over the next five years following the success of its seven stores in Queensland, but Victorian-based Mexican chain Taco Bill is taking action over trade mark issues.

According to a statement recently made on the ASX by Collins Foods Limited, Taco Bill is seeking to prevent Collins Foods operating Taco Bell stores in Victoria and Albury.

Taco Bill argues that their customers may become confused between the two Mexican outlets. The Australian chain has a strong foothold in the Victorian fast food scene, having opened in the early 1970’s. CEO Tom Kartel began working there in 1987 as a kitchen hand before climbing the ranks and then in 2002 buying a 50 per cent stake from owner Stan Teschke.

According to Taco Bill’s website, it has 32 outlets in Victoria and one in Albury on the New South Wales-Victoria border.

Taco Bell was founded by Glen Bell in California in 1962 and now has more than 7,100 restaurants operating worldwide.

Taco Bell had already encountered several roadblocks when the American chain previously tried to enter the Australian market. In the late 1990s Taco Bell had their first dispute with Taco Bill resulting in the Australian company initiating four years of court proceedings against it. Prior to that in the ‘80s a Sydney restaurant called Taco Bell’s Casa took Taco Bell to court.

It will be interesting to see what the outcome will be this time around. It might end up being a similar situation to that of Burger King, which had to change their name to HUNGRY JACKS in Australia due to trade mark conflicts.

If you are seeking advice about protecting your business’ brand identity in the food industry, please contact one of our specialist trade mark attorneys – [email protected] or [email protected] 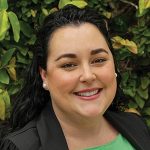